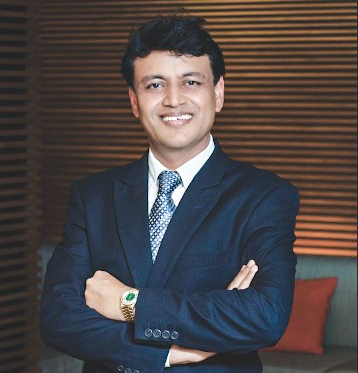 Hiran Jain established Glorious Diamonds in 1999 to deliver real natural diamonds to customers around the world.

Glorious Diamonds associated with one of the world largest diamond manufacturer who is DTC sight holder of Dee Beers group, Alrosa, Rio Tinto, & DDC. Our factory uses the latest advance innovative modern technology to cut according to Gia parameter based on seven factors - brightness, fire, scintillation, weight ratio, durability, polish and symmetry. Which can reduce production costs & made us proud to sell most reasonable price in the industry.

For over a decade, we have supplied only natural diamonds with top quality service to retailers, traders, and prestigious Clients around the globe. Our office is in the world-renowned Jewelry Trade Center( JTC ) building at the heart of Bangkok city.

We believe that a large part of our success has stemmed from trust, transparency, honesty & strong mutual relationship with all of our valuable customers. One of our core belief is that in order to achieve outstanding Customer Service and to establish long-lasting relationships, we care our customers, fulfil the commitment, giving service to select the best diamond & deliver goods on time. Glorious Diamonds is totally committed to continuing to provide world-class unsurpassed Client satisfaction. We can supply diamonds at reasonable price points, and we are proud of our track record and well-deserved reputation as a reliable source of diamonds.

To learn more or to have a detailed discussion regarding your requirements, please visit our office or contact us for an appointment. We are confident that our expert sales team will help you to finish your order. Their expertise and commitment to Client satisfaction will transform your dreams into a golden reality.

Pumpkins that become gold-gilded carriages don’t always belong in fairy tales, sometimes there are determined souls who create their own carriage. Such is the inspiring story of Mr. Hiran Jain. A man who took obstacles as challenges and made his way towards success.

Mr. Hiran Jain was born in Tanka a very small Village of Rajasthan, India where no electricity, no road, no water supply existed in his mud house, he didn’t even have a watch in his house therefore he used to check time with sun shadow. Being the eldest child in 3 brothers & 3 sisters, at a very tender age, Hiran was burdened with responsibilities. He completed his primary education in Tanka and for his later education he used to walk through forest to Kuanthal approximately five kilometres.

He decided to continue with his higher education at Jain Shidhant Shikshan Sansthan in Jaipur. While studying in Jaipur he looked for a job to manage his monthly expenses. Through a mutual connection he found a job at a colour-stone company. His primary job was to assort Ruby and he was also in charge of cleaning the office, preparing food for the employees, washing the dishes and washing their clothes and for that he was paid 500 rupees ( 10$ per month ). He did it with utmost dedication and honesty. His diligence did not go unnoticed and he was later promoted in the same company. They had their office in Thailand as well and thus decided to send Hiran Jain to Thailand.

On learning that he was being sent to Thailand, Hiran was on his ninth cloud and he couldn’t sleep for several nights. On 28th November 1995 he landed at Bangkok. Initially, he faced certain difficulties in a totally unknown land. The most difficult was without having knowledge of English & Thai, how to communicate with Thai people but gradually he adapted the surrounding and culture of Thai people. He worked three years. In 1998 he went back to India. Jain decided to leave the company & start his own with the help of friend who promised to finance him from India.

1999 Mr Hiran Jain came back to Thailand. Established Glorious Diamonds. He tried to keep his expenses as low as he can. He found a place 30 Sq. meter house/off for a monthly rent of 7000 Thai Baht which he thought of using as his office as well as his home. After paying legal fee of issue work permit. Hiran Jain was left with only 6000 Baht ( Equal to 175$ or 12000 Indian Rupees). He therefore called his friend who promised to finance. His friend turned him down saying that, ‘we would like to dissolve the partnership as we aren’t quite sure about doing business in Thailand. Hearing this Hiran Jain was devastated and couldn’t figure out what he should do next as all they had with them was their amassed savings of 6000 Baht.

Later things started to fall in place. He believes his success and growth will be possible only because of the trust, transparency, honesty, commitment, dedication & develop family relation with customers. He started with mere 6000 Baht and today has established prestigious empire in diamond industry.

Today ”Glorious Diamonds” is one among the most prestigious diamond trading company in Thailand and Mr. Hiran Jain Managing Director of Glorious Diamonds holds multiple positions as well. To name a few:

Mr. Hiran is also very active socially. His trust lies in giving back to the community through volunteer groups, non-profit organizations, charity or other means. He has taken numerous initiatives and helped those in need. He strongly believes that even the smallest good deed can ignite change and positively impact the community by providing a renewed sense of hope.

His keen sense of entrepreneurship and his belief in himself has now become synonymous with all thing’s luxury. He has become a role model for empowering young entrepreneurs to chase their dreams and fulfil their destiny and to remember and respect their roots.